The tradition of the future

The word tradition comes from the Latin term tràdere, which means to deliver and pass down. For three generations, Voci Armoniche has succeeded in passing down the trade of making high quality reeds. To keep a tradition alive, it needs to stay alive in those who look after it and pass it on, and these people must know how to choose others who will in turn receive it and pass it on wisely.

Voci Armoniche was founded in 2002, by Lorenzo Antonelli e Giansandro Breccia, following the merger of two historical companies specialising in the production of reeds for acoustic harmonicas and accordions: Antonelli (founded in 1935) and Salpa (founded in 1946).

The merger which breathed life into Voci Armoniche was a choice for the future, providing the possibility to carry forward a complex endeavour of organisational structuring, oriented towards quality, the tradition of the Italian product and its continuous improvement.

The factory is currently based in the productive area of Osimo-Castelfidardo, in the Marche region of Italy, and is the ongoing and direct continuation of the most authentic and ancient reed production tradition in Italy. 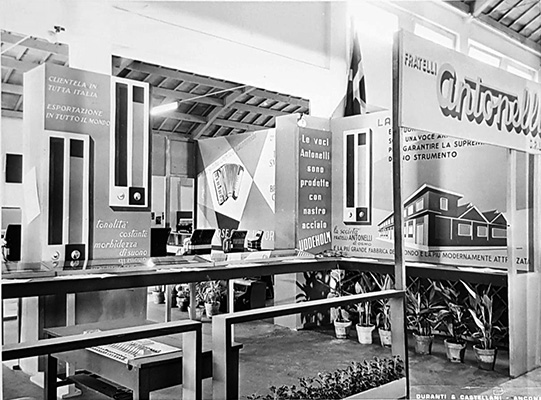 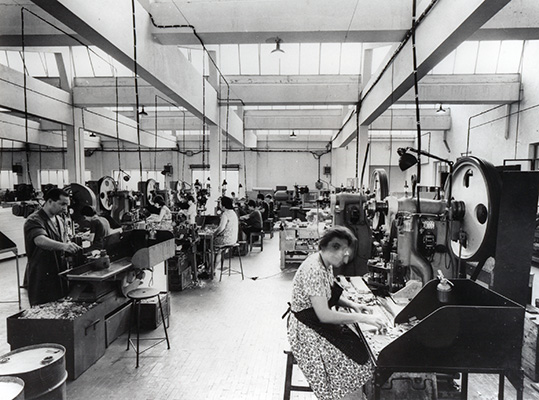 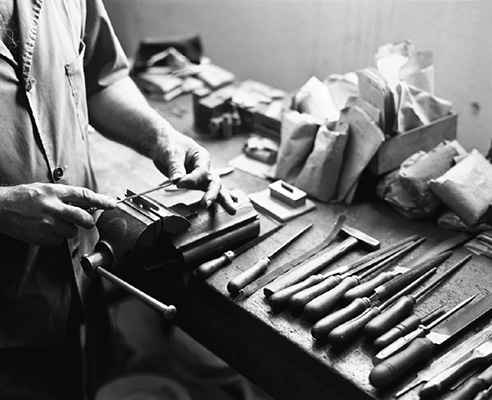 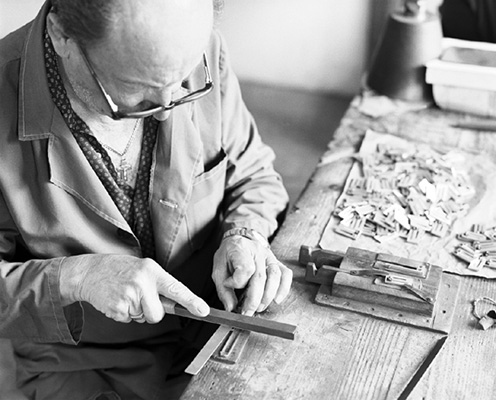 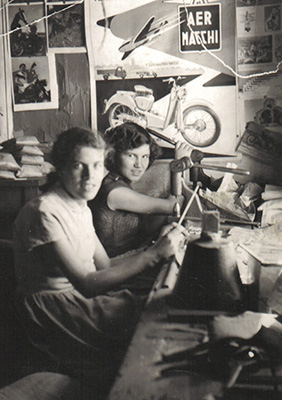 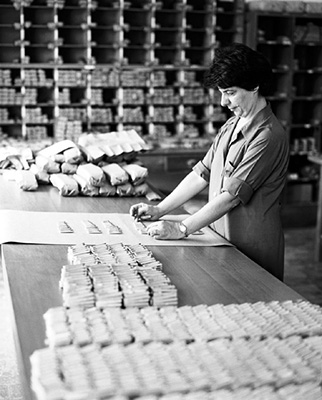 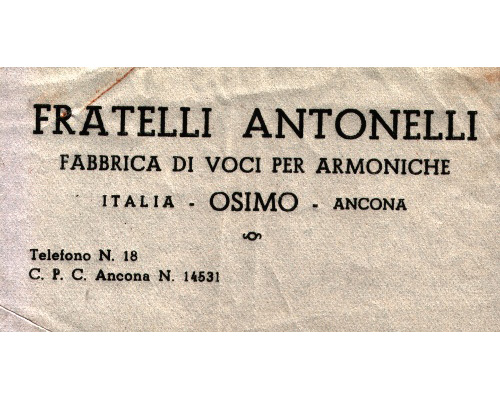 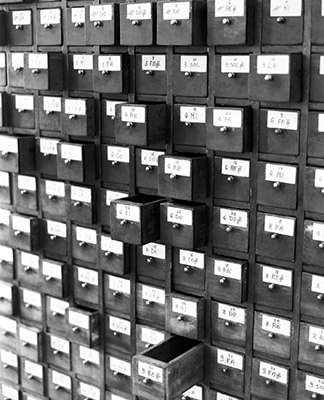 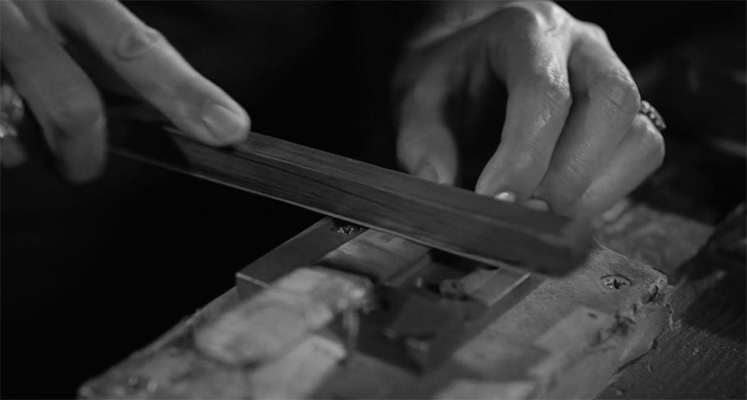 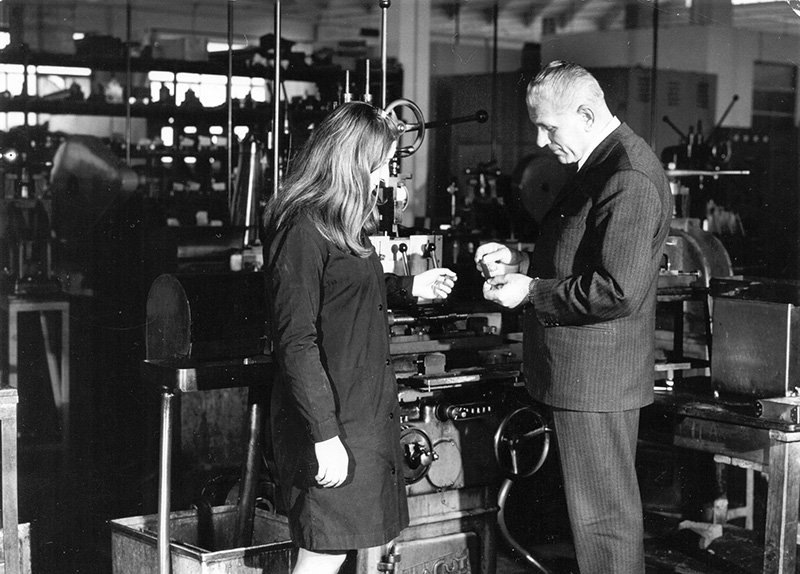 1935 - Luigi Antonelli (1907-1980) founded the company Fratelli Antonelli with his brothers Cesare and Filippo in Osimo. The company produced harmonic reeds. Previously, Luigi Antonelli had managed the reed manufacturing department at the Settimio Soprani company in Castelfidardo. At a young age, he had learned the trade from Fortunato Pierpaoli of Osimo (1888-1966), one of the most skilled master craftsmen of handmade reeds.

1946 - Alessandro and Remo Breccia established the company Salpa for the production of harmonic reeds, putting to good use the experience gained over many years as technicians in the highly reputed firms of Paolo Soprani and Settimio Soprani. Romolo Breccia (1926-2002), Alessandro’s brother, took over the helm at the plant in Via Ugo Bassi in Castelfidardo when the founders passed away.

1948-1954 - Following the suspension of business caused by the Second World War, in this period the popularity of the accordion boomed and the production thrived. In 1949, F.lli Antonelli had over one hundred workers on its payroll, and produced 100,000 reeds per day.
In the late forties, the new F.lli Antonelli reed factory was opened in Osimo, in the presence of the Minister for Foreign Trade, the Honourable Mattarella. The factory in Via del Guazzatore was a very advanced building for its time. It hosted the design of new machinery and equipment for the production phases, including grinding. Qualified technicians from companies in the north of Italy were hired. In 1952 Luigi Antonelli had an idea for a new reed and began producing the Tipo a mano reed (hand-finished), which was immediately a roaring success. 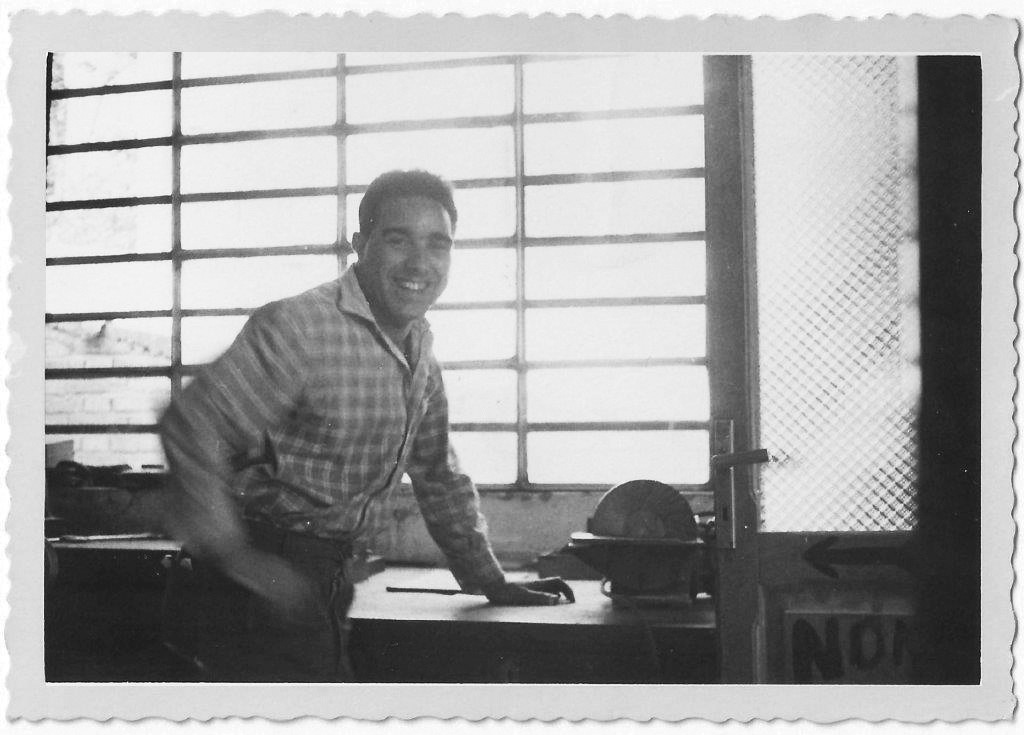 1970 -1975 - In this period Salpa made a name for itself by introducing alloys for the reed plates in harder aluminium, known as “duralluminio avional”, and for the high quality of the handmade reeds assembled by its artisans.

1973 - Luigi Antonelli changed the company name of F.lli Antonelli to SIVA (Società Italiana Voci Armoniche). He went into business with Giuseppe Pierpaoli (1922-1980), whom he appointed as technical director of the company. Giuseppe Pierpaoli, like his father Fortunato, was one of the most skilled artisan reed-makers.  SIVA continued producing its reeds under the Antonelli brand. In 1980, the factory moved to its current site in Via di Filottrano, also in Osimo.

1988 - Vinicio Antonelli (1937-2001), Luigi’s son, took over the management of the company after his father passed away, facing the years of the crisis for the accordion with wisdom and determination, and maintaining and consolidating the rich heritage of artisanal experience he had inherited.

2003-2012 - The first key investments were made to develop the assembly of the reeds inside the factory, and to boost the technical improvements made in the production of the plates of the reeds.
From 2012 to the current day - The responsible analysis and reinterpretation of all the company processes were launched to build a new objective, structured, shared organisational method. The entire production process was gradually structured and improved, quality became a company method, the skills were strengthened, the entire company was revitalized and embraced the continuous improvement of the product, reeds, the service and the relative production process.